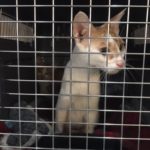 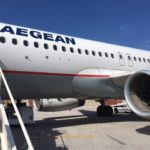 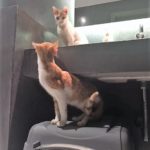 Waiting in the hotel… 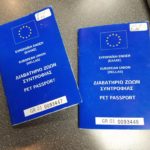 A Big Fat Greek Happily Ever After…

Do you remember back in December when we told you the story of two blind Greek kittens? Their American dream came true when a dedicated volunteers Shanna and Eric found them while vacationing in Greece. Shanna eventually went back to Greece to collect them and managed to transport them to Seattle to get new homes here at the rescue. But it turns out there was more to the story!

Shanna originally tried to bring FOUR kitties from Greece. Because of a pet limit on the airline (disclosed at the last minute) she had to make the heartbreaking decision to leave two of the kitties, Luigi and Bambina, behind.

It was hard to think of Luigi and Bambina waiting half a world away… And we knew we could find them homes if only they were here at SAFe Rescue.

Shanna and Eric, devoted kitty volunteers that they are, weren’t ready to give up. This month, Shanna added up her frequent flier miles (again!) and headed out to the island of Crete for the third time.

The trek back to the US was a long one, but once Bambina and Luigi arrived, they were scooped up by their new family the very same day. 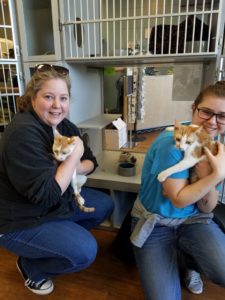 Opa! This Big Fat Greek Happily Ever After was made possible by selfless cat lovers who turned their vacation into a rescue mission. At the rescue, we are continually amazed by the dedication and love that all our volunteers, fosters, donors, adopters, and supporters show the kitties. It gives us the warm fuzzies to know that we are surrounded by people so dedicated to ending the plight of homeless kitties. Thank you.